The Dragon is scheduled to return to Earth on March 25, 2013, for a parachute-assisted splashdown in the Pacific Ocean, off the coast of Baja California, Mexico.

This is the same space capsule that was launched on the 7th day of the Feast of Tabernacles and CNN said, "A New Era has begun".

March 25 is the 14th of Nisan, the night the Passover lamb is killed. The Dragon lands back on earth as the Jewish people are celebrating the Passover and eating the lamb. And of course, it is scheduled to land in the Pacific Ocean, off California. In Battle Los Angeles, a UFO invasion starts off the coast of California and at first they think it is a meteor shower coming in, but it ends up being a UFO invasion.

So, here we have THE DRAGON being hurled to the earth on Passover. This is not just coincidence. These events are planned out, whether by GOD of the NWO, I don't really know. I would say BOTH:

Then I heard a loud voice in heaven say:

“Now have come the salvation and the power
and the kingdom of our God,
and the authority of his Messiah.
For the accuser of our brothers and sisters,
who accuses them before our God day and night,
has been hurled down.
They triumphed over him
by the blood of the Lamb (shed on Passover)
and by the word of their testimony;
they did not love their lives so much
as to shrink from death.
Therefore rejoice, you heavens
and you who dwell in them!
But woe to the earth and the sea,
because the devil has gone down to you!
He is filled with fury,
because he knows that his time is short.”

When the DRAGON saw that he had been hurled to the earth, he pursued the woman who had given birth to the male child. The woman was given the two wings of a great eagle, so that she might fly to the place prepared for her in the wilderness, where she would be taken care of for a time, times and half a time, out of the serpent’s reach. Then from his mouth the serpent spewed water like a river, to overtake the woman and sweep her away with the torrent. But the earth helped the woman by opening its mouth and swallowing the river that the DRAGON had spewed out of his mouth. Then the DRAGON was enraged at the woman and went off to wage war against the rest of her offspring—those who keep God’s commands and hold fast their testimony about Jesus.

I would like to encourage you to type "Dragon hurled to earth" in a Google Search and then go to "images". What you will see is a bunch of pictures of a Dragon coming to earth, and you will also see the Dragon Space Capsule coming to earth, as well as meteors hitting the earth. Here are a few samples of what you will see, all in reference to a "Dragon hurled to earth". Even Google links these events together: 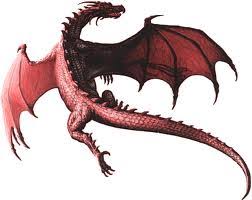 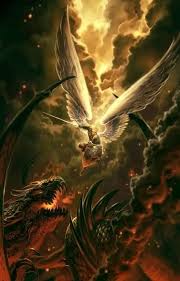