January 25, 2012 -The Baltic Exchange's main sea freight index <.BADI>,  measures the cost of shipping dry commodities and is seen by many as a lead indicator of global trade activity, has shed more than 50 percent in just one month and is plumbing three-year lows.

Currently is a nightmare on world freight markets, where shipping prices have been decimated over the past four years.

I've posted before to watch not only The Hormuz Strait, but also The Malacca Strait.  Here's another, The Bosporous(Bosphorous) Strait.

All three are critical to the World's economy and will be negatively impacted- watch.

And I've posted this more than a couple times,

officially known by the full name of The Barcelona Process. The"Mediterranean Union", is a community initiated on July 13, 2008 by French President Nicolas Sarkozy. The act unites all EU members with several non-EU countries that border the Mediterranean Sea. 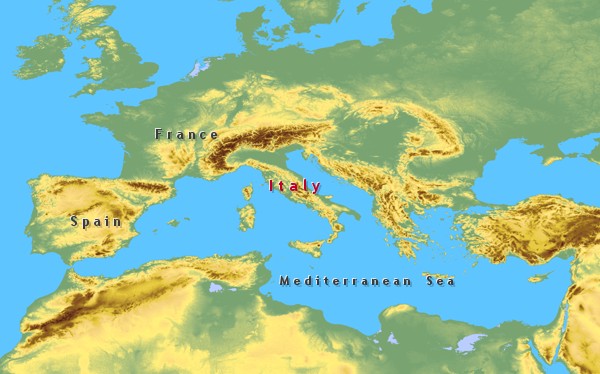 French President Nicolas Sarkozy launched the international body with 43 member nations with the aim at ending conflict in the Middle East.

The Union for the Mediterranean will tackle issues such as regional unrest, immigration to pollution.

it's been on hold, and needs confirmed: to make firm or firmer : strengthen <confirm one's resolve>
give new assurance of the validity of.
From my May 2011, post:

The EU body that I think P.Charles, Prince of Wales,

fulfills his role in Daniel 7:verse 8, is called the European External Action Service.

What crisis would that be in the Middle east?

A Psalms 83 War, that has just seen Damascus Syria destroyed.

The same war that King Abdullah II of Jordan(false prophet) is warning of right now.

Cyprus and Lebanon are in talks to address Lebanese concerns which are blocking the ratification of a 2007 agreement freeing their offshore territories, Erato Kozakou-Markoulli, the Cypriot foreign minister said on Friday.

The two countries would “also see how we can cooperate in other important areas such as the exploration and exploitation of hydrocarbons in our exclusive offshore territories.”

Here's from my post in July 2011: Are we approaching a United Nations Amendment where the United States votes against Israel thru abstention?

When Israel and Cyprus divvied up the waters between them, Cyprus said this didn't conflict with an agreement signed with Lebanon previously.

Someone will have to decide.

The U.N. Interim Force in Lebanon has a marine contingent, but marking maritime borders is not within its mandate. Although reluctant to intervene, the United Nations may ultimately have to.

If unresolved, the dispute is likely to wind up before the International Tribunal for the Law of the Sea, established by a 1982 U.N. convention that has become customary law, including for countries that did not sign it, such as Israel.

“It is entirely normal in the practice of international boundary-making that their claims differ,” the statement said. “Numerous countries have overlapping EEZ(Exclusive Economic Zone) claims, but almost nowhere is it a cause for conflict.”

“The United States has not and will not endorse either Israel or Lebanon's claim. We are not a party to this issue, which must be resolved diplomatically by the parties themselves,” Friday’s statement said.

‘We have rights on all sides of the island and we put forth that we can give the authority to any company in any region to explore natural gas’ said Turkish-Cypriot leader Dervis Eroglu.

Ankara threatened an arms build-up in the Eastern Mediterranean, saying that it would increase its naval presence, and rousing Greece, Israel, Russia and Cyprus to take a united defensive military position over the island's sovereign rights under the International Law of the Sea.

The Obama administration has placed a premium on close ties with Turkey -- a NATO member on a vital frontier between Europe, Asia and the Middle East.

I've already pointed this out-

Ahead of his parliamentary question on July 14th, Liberal Democrat peer Lord Watson of Richmond pointed out the UK's responsibilities as a guarantor nation of Cyprus to promote unity on the island.

"It is worth remembering that our original settlement with Cyprus leaves us, the UK, responsibilities of a Guarantor Power and, from a British as well as an EU perspective, we must do all we can to advance the prospects of unity in Cyprus,"

And guess who isn't a 'happy camper' right now?

Turkey, which has one of those critical passageways I mentioned, The Bosporous Straits.

Watch the earthquakes, and the United Nations vote delineating Israel's and Cyprus' EEZ.